IF YOU CAN DREAM IT YOU CAN ACHIEVE IT 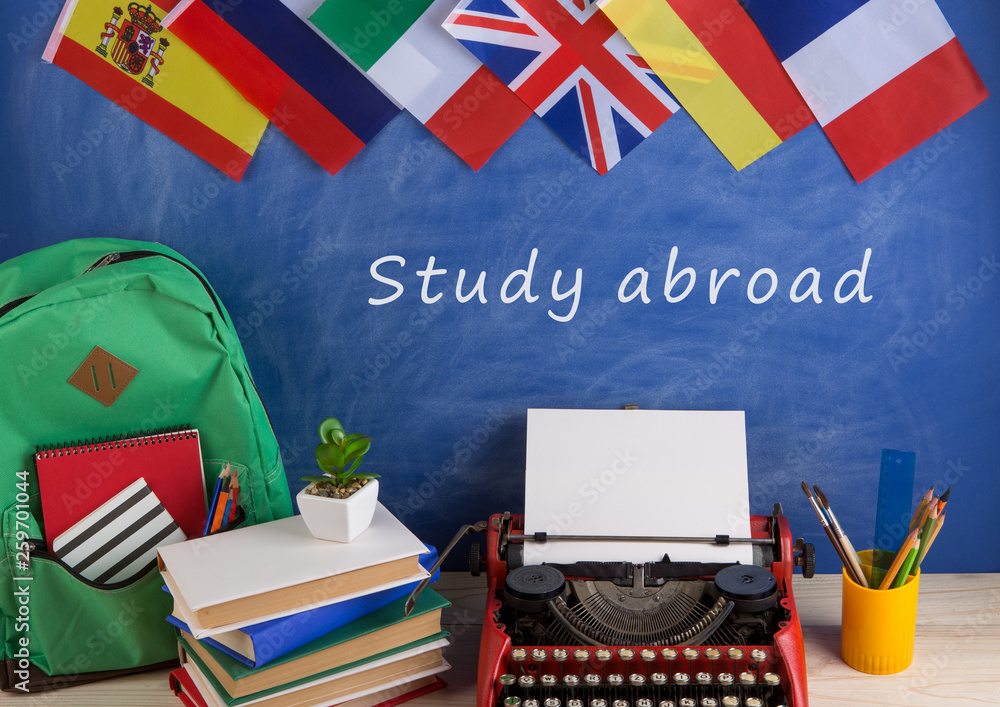 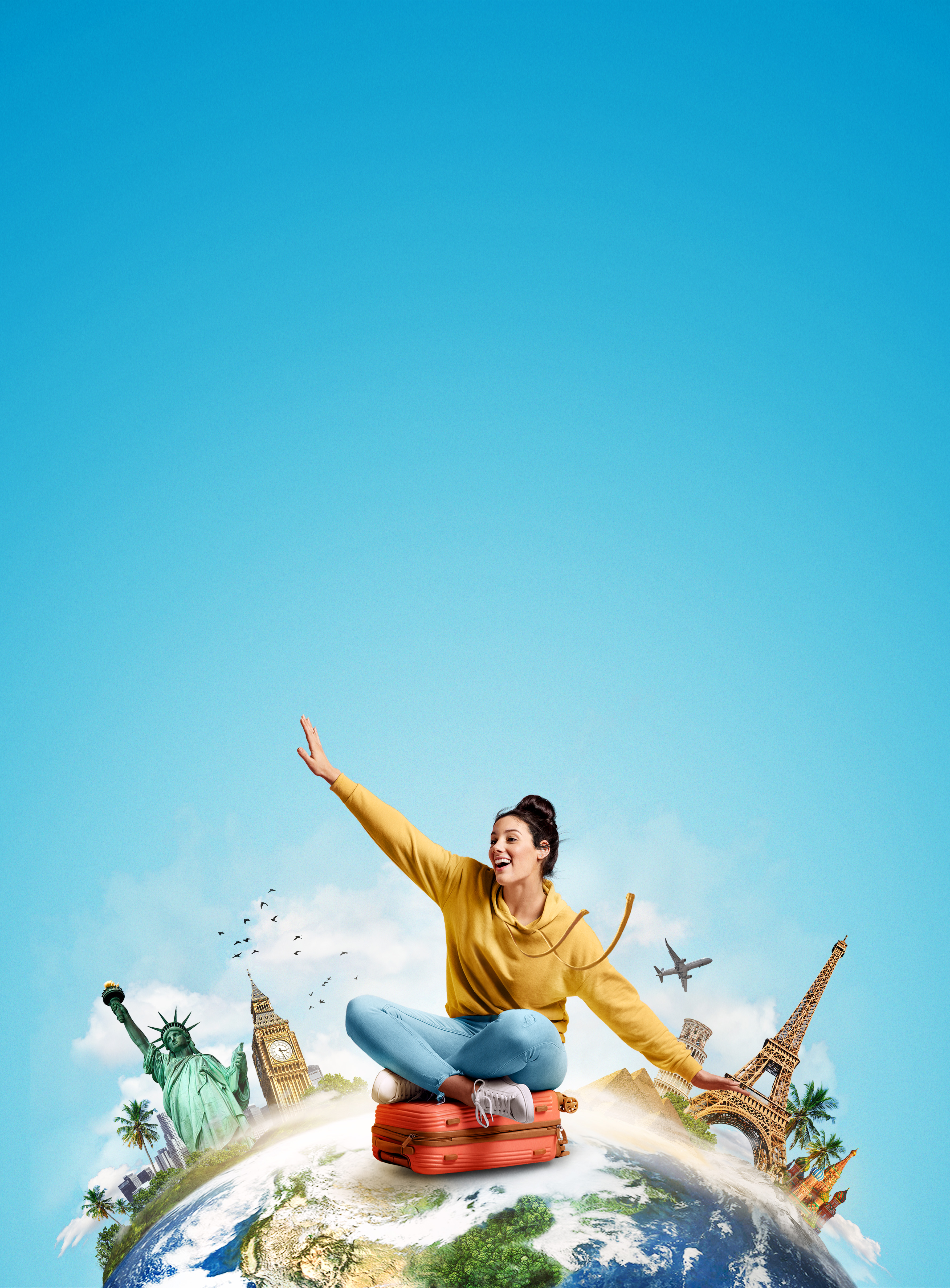 As a famous consulting firm situated in Lahore, Pakistan. We have continued to expand our global network while providing high valued added consulting services that assist our clients in expanding their knowledge about abroad studies on a global basis.

Foundation of the FICS

Since the foundation of the FICS, every employ at FICS CONSULTANTS has been striving to provide consulting services that make us a “Trustworthy Partner” for our clients. No matter how difficult the challenge or how long the process, we thoroughly examine our clients’ operations to enable them to achieve their goals, based on our extensive experience and knowledge accumulated through serving clients operating in every sector of studying abroad. It is our policy to continue to work closely with each client with a sense of commitment on a long-term basis to ensure that the best practices are integrated into its operations.

FICS CONSULTANTS has professionals team, who are motivated and dedicated in their work and possess unmatched skills and experience. FICS has always given positive feedback to its clients and partners. The global working environment and international working standard is our organization strength and key value. We will continue to serve our clients with the aim assisting such clients pursuing their high studies in abroad, as well as, on global basis, in delivering increased value. 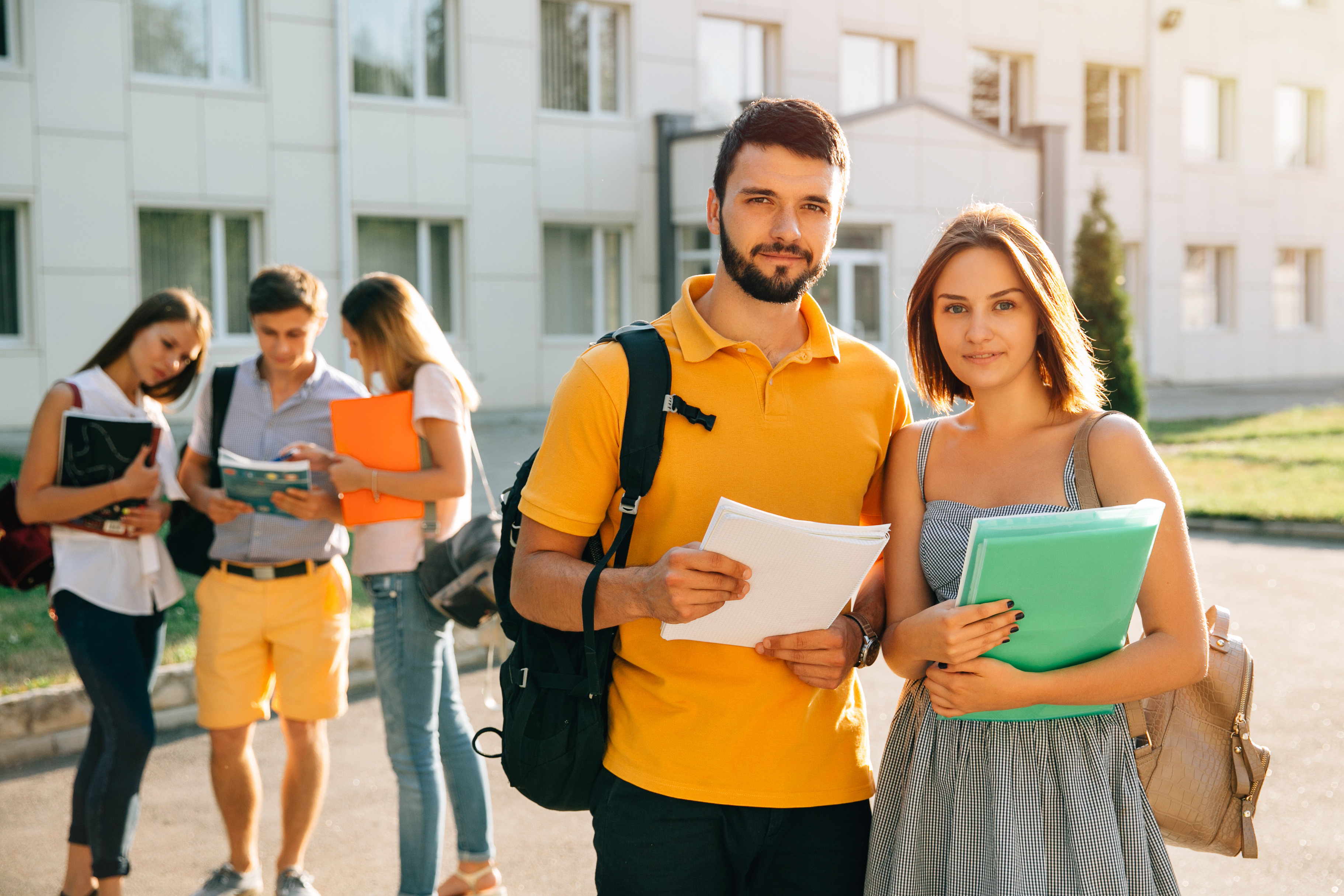 “To develop and lead a strengthened education and migration consultancy system with transparency and devotion, identification and sorting education seeking clients and to provide best matched innovated solutions through the team of committed, credible and consistent professionals”

Proud to have a team of experienced consultants and pool of knowledge to tackle various and diverse needs concerning educational pursuits its clients. We have learnt from past challenges and activity seeks new information to bring latest knowledge to help our clients. Moreover, with our eye on a common future and sharing the pleasure of success together as a “Trustworthy Partner”, we are honest and zealous in our consulting work as we seek our clients’ real needs for change. 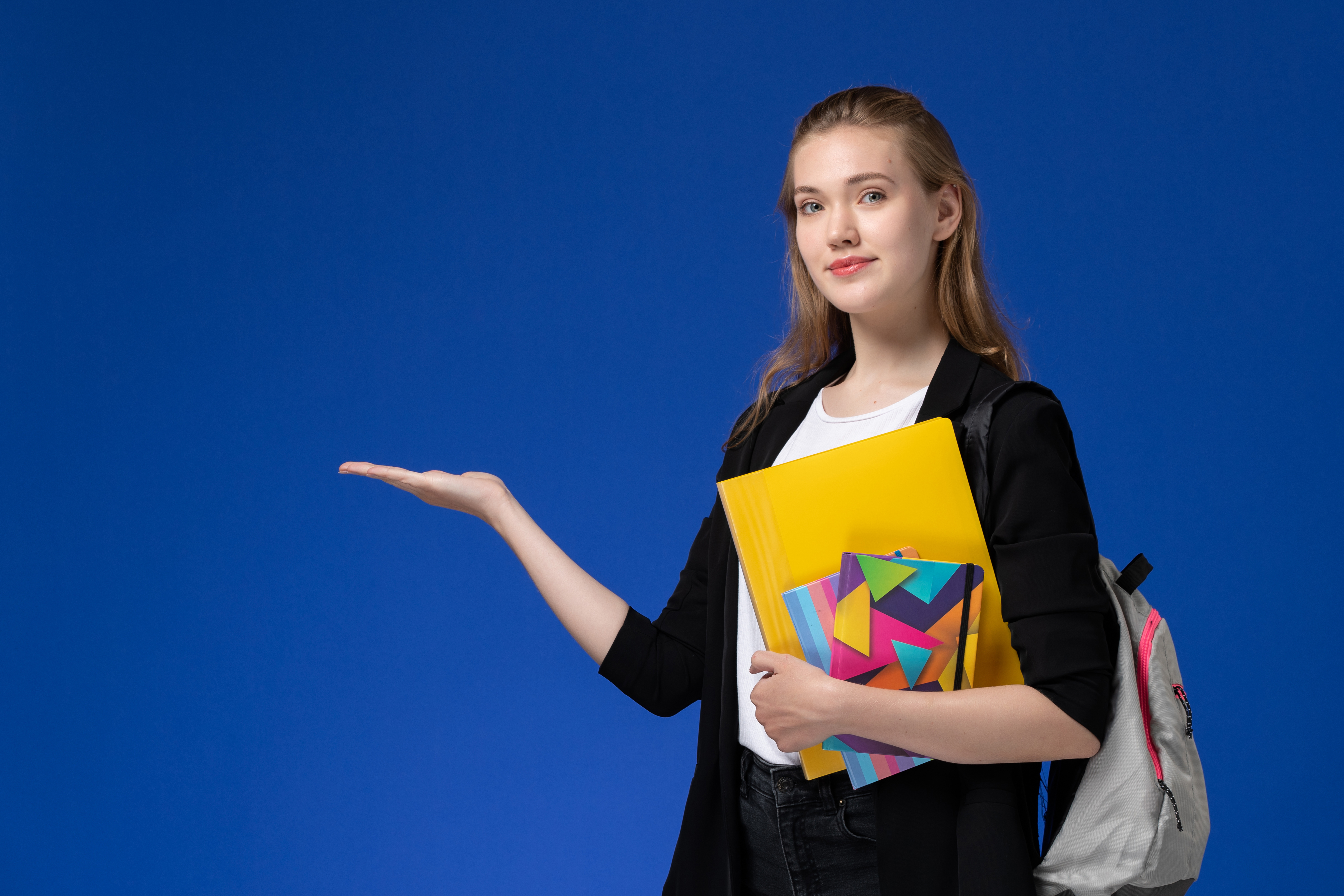 Love for our clients, we are proud of always thinking in terms of what is best for our clients; offering solutions that are not only theoretical but workable.

Outstanding professionalism we offer services of superb quality based on our amassed, extensive, and profound knowledge and experience.

Respect for diverse individuals, we share a corporate culture of mutually respecting individual abilities, and in turn helping one another to grow. Our growth is our clients’ growth.

Team strength, we have brought together all FICS consulting’s individual abilities into our corporate power. In working as a team that includes our clients, we also share a common goal with our clients and take full advantage of each other’s wisdom and experience. 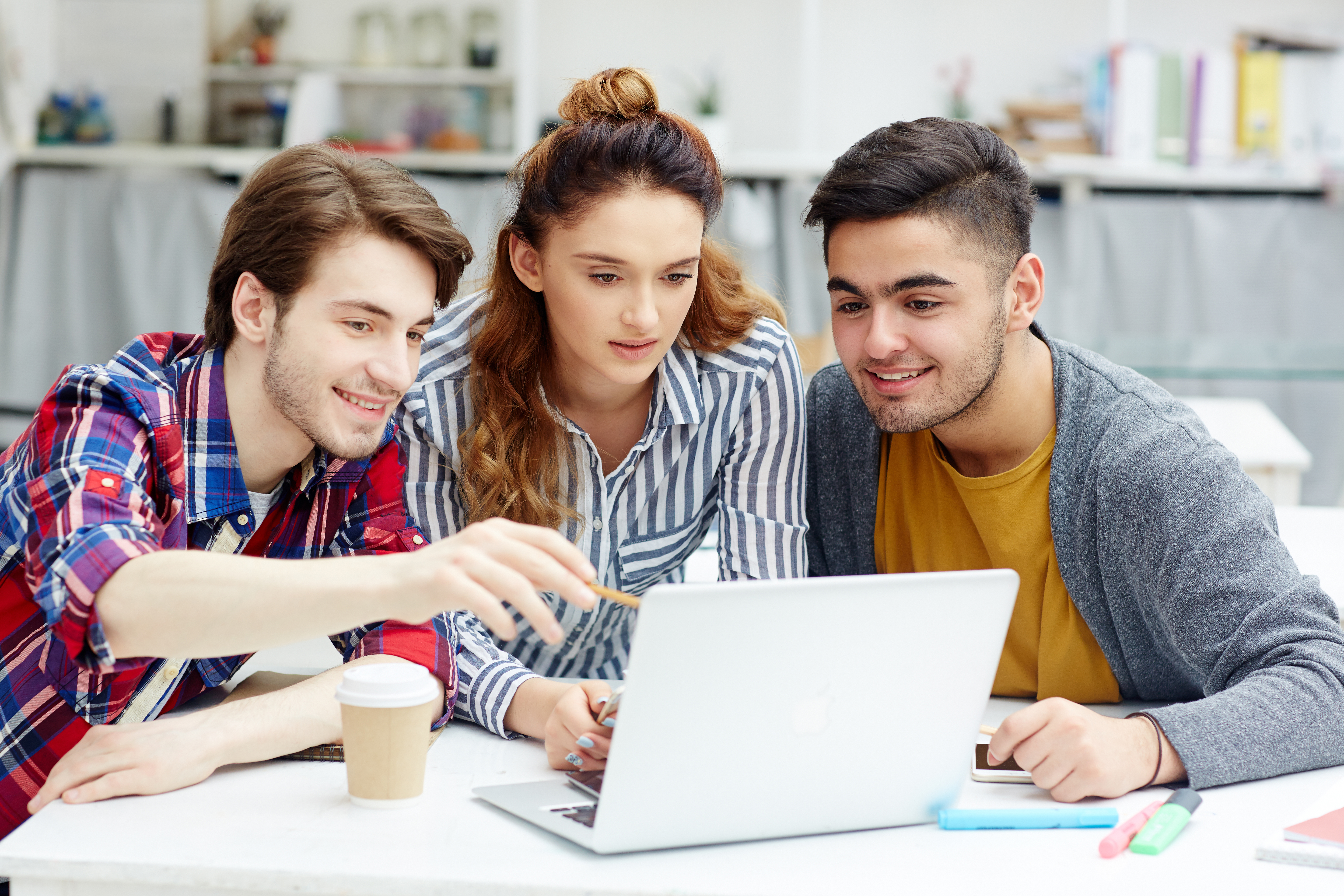 FICS CONSULTANTS devoted to the profound care of its clients by giving quality education and related services. We ensure to bring similarity between what we say and what we deliver, even if it seems tough. We practice this without compromising on our high standards.

We always seek new projects and portfolio to enhance our expertise to better serve clients. We strive to provide exceptional services problem solving services by providing both general and circumstances demand, out of the box solutions. To stay distinguished and creative, we try to serve our clients quickly and responsibility.

To have a great idea and convert that into reality is the preliminary task for making your organization the growing venture. In this perspective, it has already set its missions and we say as a team believes we can develop and sustain a unique consultancy platform where the clients can find ever committed exports to present them with contented guidelines. We are certain we can be the leaders of the venture because of our distinct vision and values.

All that matters are the reputation among the clients, once damaged, it is never repaired easily. We understand that we would be accountable if we will deviate from our stated goals or respond irresponsibility. We will never let clients to be disappointed by adjusting our schedules always clients demand regarding time, budget and quality. The moment clients will consult us will be the moment to make them feel important and make their experience superlative.

Description of the Regions

Australia, the smallest continent and one of the largest countries on Earth having 7.692 million km² area lying between the Pacific and Indian oceans in the Southern Hemisphere.Australia's capital is Canberra, located in the southeast between the larger and more important economic and cultural centers of Sydney and Melbourne. Besides, it has five major cities in which most of the students and visitors have to come such as Melbourne, Sydney, Perth, Brisbane, and Adelaide.

The United Kingdom comprises four geographic and historical parts: England, Scotland, Wales, and Northern Ireland. The United Kingdom contains most of the area and population of the British Isles and the geographic term for the group of islands that includes Great Britain, Ireland, and many smaller islands. Moreover, England has 130,279 km2 area and London, Birmingham, Manchester, and Leeds are the most famous destinations for international students and visitors.

With a landmass of 9.1 million square kilometers, Canada is the second-largest country in the world. Canada is located in the top half of North America, and the country is bordered by three oceans: Pacific, Atlantic and Arctic. Furthermore, Toronto, Montreal, and Vancouver are the more visiting destinations as well as most of the international apprentices wants to get admission for higher studies in these cities owing to its world renowned recognition.

The United States of America is the world's third largest country in size and nearly the third largest in terms of population having surface area 9.834 million km². Located in North America, the country is bordered on the west by the Pacific Ocean and to the east by the Atlantic Ocean. Along the northern border is Canada and the southern border is Mexico. Additional, New York City, Los Angeles, Chicago, Houston, Phoenix, Philadelphia, San Antonio, and San Diego are the major states of USA in which most of the students get enrollment for their higher studies.

New Zealand is a land of great contrasts and diversity having total surface area 268,021 km². Besides, New Zealand's largest cities are Auckland and Wellington in the North Island, and Christchurch in the South Island.

I am Ehtisham from Gujranwala. I have successfully Australia study visa granted in diploma with the assistance of Fics Consultants without interview within the time process of 26 days having 9 years study Gap and overall 5 bands of IELTS. Fics Consultants Team is highly professional and supportive in all aspects. My dream to study in Australia came true just because of Fics Consultants.

I am Waleed Abid and I am very happy because I have successfully Australia student visa granted through Fics Consultants within just 25 days having 2.5 years study gap and IELTS 5.5 overall bands. I will recommend Fics Consultants to all those students who really want to go abroad for study.

I am Fatima Umar and I have got my UK student visa successfully with the assistance of Fics Consultants without IELTS within 25 days. I am glad that Fics Consultants is doing a great job and I would suggest Fics Consultants to all youngsters who have a dream to continue their further studies in abroad.

I am Noor UL Hassan, I would like to thank Fics Consultants and the entire team, especially Mr. Sadam Hussain for helping me gets my Australia student visa for Edvantage Institute Australia. My case was too much intricated because I had two years study gap and I had Australia visa refusal before. I would appreciate the entire team of Fics Consultants that how professionally they have tackled my case and finally I got my Australia study visa with the assistance of Fics Consultants. Mr. Sadam Hussain helped me in finding the right university and course. He was there for me through the entire process and was knowledgeable of everything. If I had any queries, he would always reply promptly, no matter how many times I called him. Thanks again Fics Consultants for helping me to achieve my dreams.

I am Tahir Khan and over the past one year, I have gone through a lot of struggle. So, finally I have the UK student visa in my hand just because of hard working of Fics Consultants team. It was a moment of relief for me, when I got my UK study visa. Everyone who has helped me in this journey from application process to visa process, I am very grateful and thankful to all of them. I will hold these memories forever. I will certainly recommend my close friends and future applicants to definitely reach out to Sir Sadam Hussain and his team for their extremely superior customer services. He has spent time to address the minute details of my application as and when required. In my life, I value good people and my association with them. I hope to have found a good association with the Fics Consultants team here in Pakistan. Thank you very much for the support throughout this journey Sir. Wish you all the best.

I am Talha Javed; I got my Australia study visa within 26 days through Fics Consultants aid. When I first went to Fics Consultants seeking assistance for my studies, I immediately knew I was going to get what I wanted because unlike other agencies, they did not force me to choose a country or university of their liking. Whatever country I chose whatever university I chose Mr. Sadam Hussain was always more than happy to research about it and inform me. He did all the hard work. He always gave me timely reminders about deadlines and even helped me till the very end until I received my visa. I personally, extremely happy with Fics Consultants and I will always refer my closest friends to avail their services.

I am Saqlain Arif from Faisalabad, I got my Australia study visa without bank statement having 2 years study gap through Fics Consultants. They are very supportive and guided me throughout my visa process with friendly manner and I will recommend it to all the students for abroad study.

I am Daud Aslam and I have successfully got my UK student visa without IELTS in University of West Scotland through Fics Consultants within 26 days. Fics Consultants Team is the best in Pakistan in order to get study visa.

I am Qasim and I have received my UK study visa through Fics Consultants. I would like to take a moment appreciate Fics team efforts in helping me in my dream of studying abroad. Fics Consultant and their team had done a great job all through the journey. Right from the offer till getting the visa done, they have helped and guided me. I would also want thank Fics Consultants for the services.

I really appreciate Sir Sadam Hussain for their guidance, and the time he spent with me to make this process go well. I was heartbroken after having a bad experience with many other consultants then with ALLAH PAK Grace I contacted Fics Consultants. It would be impossible to count all the ways that Fics Consultants have helped me in my career. Thank you so much for all that you have done. I only hope I can return the favor sometimes in the future.

“ALLHUMDULILLAH”, I got my UK study visa without any English Language test through Fics Consultants. I was a refusal case from Australia, but I am glad how professionally they tackled my case.